VAPEXPO Kiev 2017 and experience worth $1 million. Secrets of e-juices manufacturing from Innevape 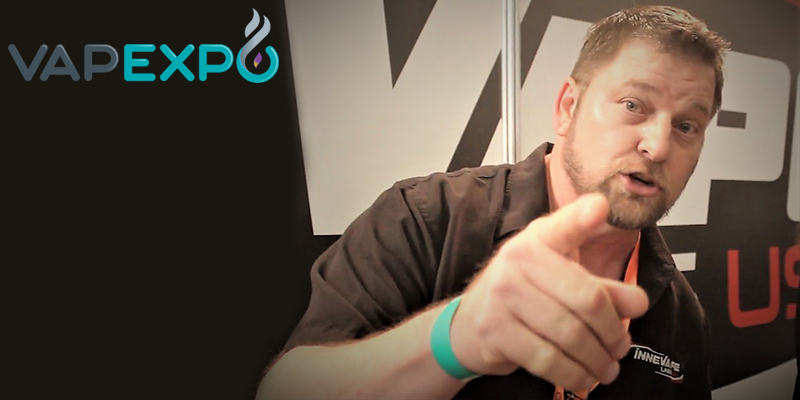 Vape business is a relative term: some people are interested in the sale, the others manufacture devices or want to mass-produce their homemade e-liquids. If you belong to the last category, this article is a must-have to read.

Visitors of the industry B2B conference VAPEXPO Kiev 2017, which was held on March 4, listened to the presentation by Jeff Connell, the founder of the American e-liquids company Innevape. Its mix Heisenberg Mentol became the best-selling one in China and was listed in the top 5 e-liquids in the world.

In his presentation “Production and realization of e-liquids” Jeff shared his experience and secrets of the company’s success.

Secret №1. How did Heisenberg Mentol become the best flavor?

Actually, the formula of the e-liquid’s success is as old as the hills: the manufacturer invested a colossal amount of time and money. It is unlikely that somebody was surprised with the fact. However, exact figures are really impressive: the company spent 8 years and $1 million on development, testing and realization. What is more, these resources were used not only for Heisenberg Mentol but also for a product line with several flavors.

So, what did Innevape pay its special attention to?

Pharmaceutical grade of Innevape’s e-liquids is 99,997%. To reach it the company used the services of an FDA employee.

Then Innevape started social testing of e-liquids. The team interviewed 10 000 people to know their opinion. The mixes consumers didn’t like were excluded from a mass production to prevent the company’s failure. Innevape team believes that it’s up to the client to decide how the product should taste.

“I like Heisenberg more than other flavors but Heisenberg Mentol became the best-selling one. People defined a perfect flavor by themselves” – said Jeff.

Connell confessed that he wanted to finish presentation after telling the first secret. Why not? You only need some patience and a million dollars. But, at the last moment, he decided to share lifehacks which virtually represented Innevape’s trade secret. Drum roll, please…

“I’m not saying that it is the only way. I just share what was right for me. The most important thing is to always be focused on the client” – said Jeff.

Secret without a number. Afterword

Innevape had been studying the Ukrainian vape market for 2 years before they came here. On March 4-5, at VAPEXPO Kiev 2017 its products were presented in the country for the first time.

“We decided that VAPEXPO Kiev is the best platform for entering the Ukrainian vape market” – commented the Innevape founder.

Jeff shared his impressions about the vape event organized by Smile-Expo. He was pleasantly surprised with the variety of exhibitors, including large foreign manufacturers. Besides, Jeff liked the atmosphere of the event.

“I’m excited about Ukraine. These people won my heart” – he said. Perhaps, because of it Jeff opened up to the audience and presented his brilliant knowledge and experience worth $1 mln.