The Troll RTA by Wotofo or how to beat the rivals 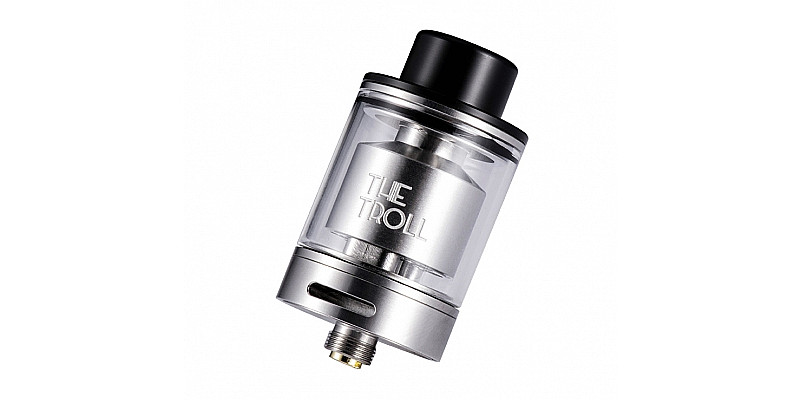 Despite having produced lots of vape products, Wotofo has to intentions to stop. Meet the latest novelty from the Chinese company - The Troll RTA.

The device looks like other atomizers produced by the manufacturer. The only difference is the unusual location of the chamber and the use of delrin top cap. A user can buy the atomizer in black or steel color.

The novelty corresponds to the modern trend which is compactness without damage of technical characteristics. With a 24 mm diameter and 5 ml e-juice capacity the atomizer’s height is 41 mm.

We have already mentioned an unusual chamber location: it is situated in the middle section of the device. Such an idea was realized by other manufacturers for GTA but Wotofo has decided to classify its device as RTA.

The atomizer’s base represents a stand with four slots and side screws. The holes are very wide which means that the atomizer can be used for heavy load.

The airflow system consists of two big holes. You can regulate the airflow by turning a ring at the bottom of a device.

The manufacturer won’t feel the lack of rivals but thanks to an interesting construction and wonderful technical characteristics The Troll RTA by Wotofo can take the lead. The atomizer’s price is $40.