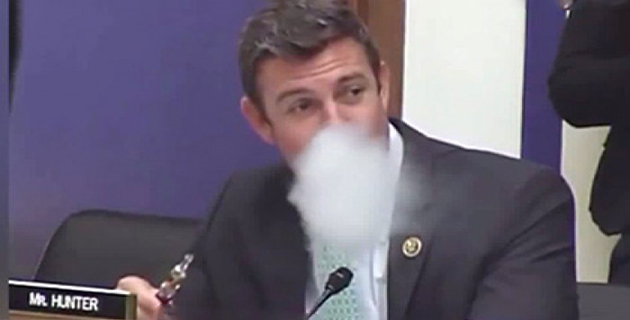 Society has already got used to the fact that politicians often prohibit harmless things. Vaping isn’t the exception. Officials still keep fighting with researchers on the issue. But there are politicians who do not consider vaping to be a threat.

Among all counties that conduct anti-vaping policy, Latvia is on the frontline. Special regulation prohibiting all kinds of e-cigs was proposed in Latvia. It could have banned vaping all over the country, but luckily it didn’t happen. This year the government once again tries to lobby the bill on prohibition of both electronic and analog devices for vaping. According to Health Minister, vaping should be banned as well as its harmful analogs. Both of them are harmful for people’s health and must be banned.

But Vitaliy Orlov, the head of Healthcare Subcommittee opposed such actions. He suggested regulating the issue. Being a doctor, Mr.Orlov stated that e-cigs do help to quit smoking. And arguments of the Ministry are still unclear for him.

Republican Congressman Duncan Hunter also speaks in support of vaping, because he managed to stop smoking with the help of e-cigs. In order to demonstrate his protest he took out a mod and started vaping right during the session on e-cigs. He told that this device is harmless for both vaper and people around.

So as it happened, even those in power draw their own conclusions and fight for their rights. It is great virtue for vape industry that only began to compete for markets all over the world.