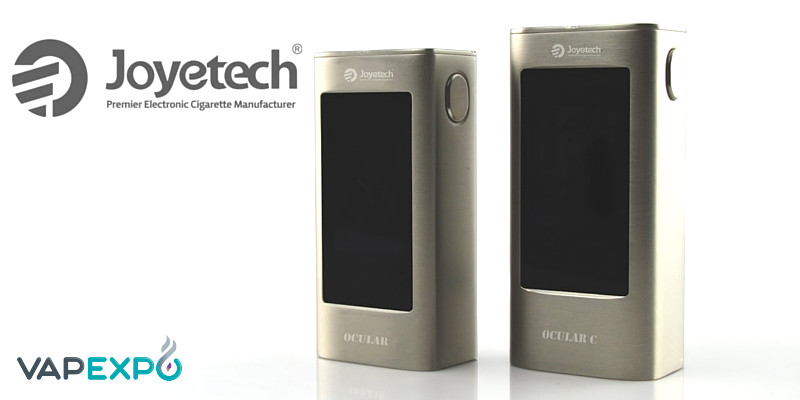 Futuristic Joyetech, cool Teslacigs, fresh Wotofo – manufacturers gladden vapers with their devices every day. Read our weekly review of vape news to know more about these and other novelties.

Joyetech has announced the launch of two box mods - Ocular and Ocular С. They have the same conception but are at the same time different. First of all, it is referred to charge. The first model has in-built 5000 battery, the second one – a slot for two 18650 batteries. The maximum power capacity is 80 W and 150 W respectively. Both box mods are super multimedia: the memory capacity is 2 GB and you can choose an image for your display. The devices allow viewing photos and listening to music!

The company has recently produced RDTA Box and now they present Solo V2 box mod. The main difference is that the second device lacks atomizer: you can buy an IJOY box you like and your favorite atomizer. Brief technical features: maximum power capacity – 200 W; resistance range – 0.86-3 Ohm; can be upgraded.

Chinese company Teslacigs has produced a box from the series «all-in-one» – AIO 70W, the main gimmick of which is cool outer design. PR experts have compared the device to a sports car – indeed, it looks like a cool car! The control elements are located all over the device. Maximum power capacity is 70 W, resistance range – 0.1-2 Ohm. There’s one 18650 battery.

Coltvolt by Vivappover – a new device from a new company

A young company Vivappover has produced its first device – a box Coltvolt. The name of the device hints at its outer similarity with Colt’s pistol handles. It is really comfortable to hold the device in a hand. The manufacturer claims that maximum capacity is 80 W, resistance range – 1-5 Ohm. As the company is new, only the time will show if the characteristics are factually correct.

Wotofo is announcing the launch of tanks one by one: after Conqueror Mini RTA comes Serpent Alto RTA. This tank is presented for flavors – the base construction won’t allow installing large coils. The airflow system is original: the air is received through two holes under the coil. The size of vaporizing space is less than usual, so, engineers were able to increase the volume of reservoir up to 2.5 ml.

Read only hot news in the world of vaping on VAPEXPO Kiev.