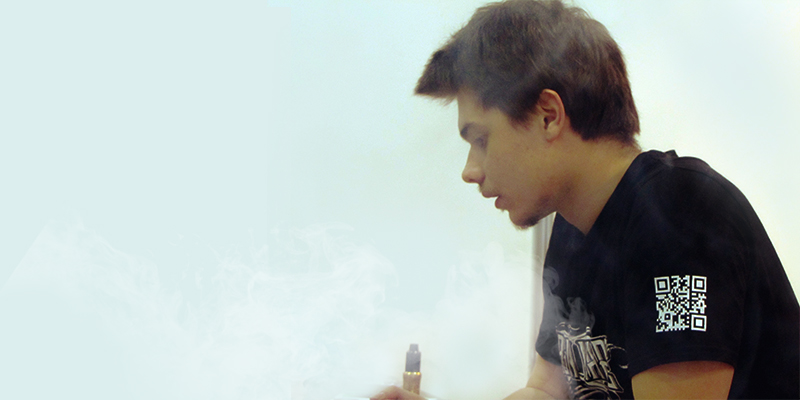 Vaping is not just a process – it’s a culture. This statement is clear for industry representatives that is why they seek to develop not only the technology, but also the atmosphere of vaping, which is critical for the Ukrainian vaping community.

Virgin Vape, a local manufacturer of e-liquids and a guest at VAPEXPO, considers vaping not only as business. That is why soon these guys are going to open an exclusive space for vapers in Odessa. The owner of Virgin Vape, Andrey, shared some details with us.

D. K.: How did you discover vaping for yourself?

A.: Rumor mill. We heard about the appearance of electronic inhalers on our market but could not make a decision to switch to vaping without a piece of advice of experienced users. Once we realized that the game was worth the candle, we went to vape shop to buy an e-cigarette. Basically, that’s what most of beginners did at that time.

D. K.: Tell us about the features of the Virgin Vape line.

А.: We do not present it as a super premium e-liquid which will blow up your brains, receptors or stuff like that. We work on the principle of "price-quality". The line is designed for daily vaping due to an affordable price and taste that you don’t get tired of.

D. K.: What about the history of its appearance?

А.: The Virgin Vape e-liquids line currently consist of 10 flavors. Initially they were 21, but through trial and error and after the advice of our partners and customers, we have decided to leave 9 best flavors. Currently, the most popular of them is Cold Tea.

D. K.: Do you test e-liquids before launching them on the market?

А.: There are prior mandatory e-liquid tests. We check everything: starting from taste stability and ending with test group opinions.

D. K.: Is there any announcement of the new line upcoming sale on your website. Could you share any details?

A.: We follow the trends of our western colleagues and try to create non-standard flavors. We are not copying foreign mixes; we just noticed that unusual sour or nut flavors are the most popular.

This is what a new line will stand out for. We have removed all well-known fragrances and started selecting distinguished manufacturers which took us quite a while. Also, we were lucky to meet a gifted technologist. With his help, we have brought our line to perfection.

The batch is currently undergoing tests that is why it is hard to specify the final number of flavors. Definitely, they will be no more than six each in 60 ml bottles.

D. K.: You have been working on the market for two years and soon you are going to open a vape bar. How did you come to that decision?

А.: The idea of a vape bar appeared last year, but we lacked resources. It was an easy decision. Vaping is gradually becoming some kind of subculture. The current format of vape clubs, which are actually shops (sometimes selling coffee and cookies), has already become boring for consumers. That is why we decided to create a place where any vaper may find what he wants: ability to communicate with like-minded persons, have a drink, play table games or Playstation with friends.

D. K.: What kind of difficulties have you faced?

А.: They were predictable. The most difficult part was to find suitable premises and finding it was already a half way to success. The rest will follow.

D. K.: What services will be available to customers and what is the distinguishing feature of your future bar?
А.: Services are various. Starting from classic vape shop and ending with selling various vaping products. Also we can build coils, replace wick or create e-liquid according to customer’s preferences. The bar will sell coffee, tea, beer, hard liquors, cocktails and snacks. And, as mentioned, it will be possible to have fun playing table games.

The distinguishing feature of the future vape bar is the splendid atmosphere of vaping.

D. K.: What date is the opening scheduled for?

А.: The test opening will be held on February and the official one will occur later.

D. K.: Are there any plans to open your bars in other cities?

А.: For now, these are just plans. In general, the development is path to success. That is why we are devoted to development and believe in our success.

D. K.: You will participate in VAPEXPO Kiev 2017. Are you preparing surprises for attendees?

А.: We are very devoted to VAPEXPO Kiev 2017 attendees and we will certainly prepare a surprise. We mentioned that in the Virgin Vape line 9 flavors were left, but now they are 10. Where did the tenth come from? The tenth - Senator – was developed recently. The wide audience of VAPEXPO will be the first to try this new stuff. The classic combination of citrus and tea is what our line actually lacked.

Guys from Virgin Vape know exactly what modern vaper needs. Their approach is reasonable and conscious, which is a win-win strategy. We wish them good luck and will be looking forward to the opening of the Virgin Vape bars chain not only in Odessa, but also in other cities of Ukraine.

Register to VAPEXPO Kiev 2017 to get personally acquainted with the real vape culture movers.