NX75 by Aspire – there can’t be too many buttons 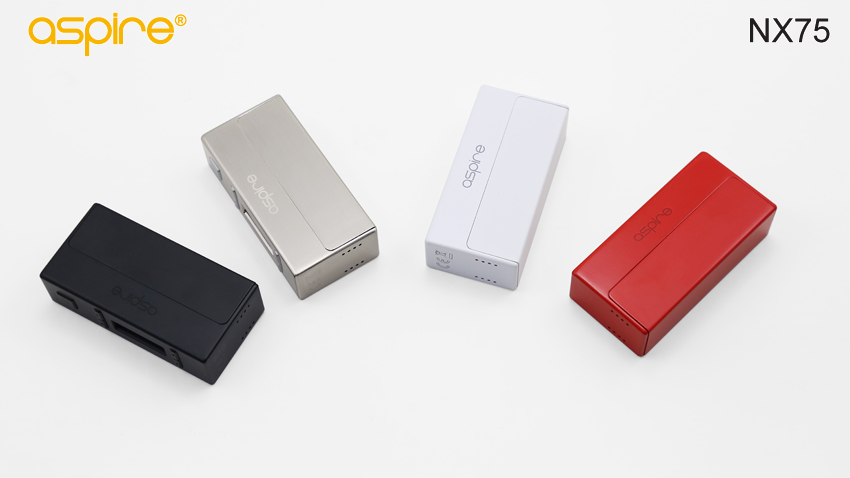 Aspire has gained popularity thanks to atomizer Nautilus, which has become a best seller in many countries. Manufacturer has released some new box mods lately, including NX75.

Unfortunately, we could not find real-life photographs of this device, so we should content ourselves with retouched images from the official website. So, judging by those pictures, mod turned out to be rather discreet and sophisticated. Rectangular shapes prevail, it concerns everything – chassis, buttons and display. It is available in classical white, black, steel and red. The only thing that differentiates it from other devices is two additional buttons. As it turned out, they are responsible for navigation between operation modes.

Performance characteristics of the box mod can be assessed as average. Most probably, manufacturer was targeting mass-market customers. Mod has one 18650 battery, which can be charged via USB cord. Moreover, developers have decided to factor in popular trends and equipped NX75 with USB Type-C. Time will show whether it was a correct decision.

Let’s return to additional buttons. On one of them you will see letter ‘T’, and on another – ‘W’. It’s not difficult to guess that the first button answers for temperature mode, and the second – for navigation between RVW and RVV modes.

NX75 has gone on sale recently. It costs $50, which is not bad for a device of this kind.