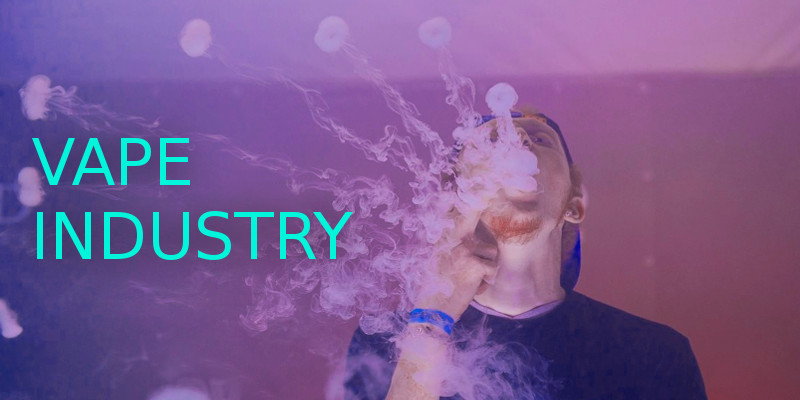 At the industry conference held within the framework of the second international exhibition VAPEXPO Kiev-2016, Elena Rogulis, an analyst of Euromonitor International presented her report. She introduced quite an interesting statistics and we decided to share some insights with you.

Speaker’s presentation provided the categorization of vape industry products along with the description of profit gained from sales of tobacco products that, on the conclusion of 2015, don’t exceed 1% of total revenues.

An interesting fact is that the share of the vaping devices on the global market equals to 7.2 billion euro which is already ahead of such segments as pipe tobacco (5.4 billion euro) and cigarillos (3.8 billion euro). According to the Euromonitor International prognosis, the market will only grow and the overall number of vapers will reach 10% of all smoking population by 2020. The number of vapers in Ukraine in 2015 was about 125 thousand people while up to 187 thousand are expected to switch to electronic cigarettes by 2020.

The analyst introduced the analysis of the main sales channels of vape products: 40% are online sales and 20% are specialized vape stores. That high percentage of internet distribution is characterized by the following factors:

It is worth noting that the heart of vape culture is vape shops. They promote the vaping culture; support the special atmosphere and the direct contact with the end customer. Also, vape shops often provide an opportunity to try liquids of the world renowned brands of the regional and local producers.

We would like to emphasize the fact that the opposition of the largest tobacco companies has its well grounded reasons. The price for 2.25 ml of liquid (vaper’s daily consumption, according to the company’s calculations) even in Ukraine will equal only up to 30% of the cost of the cigarette pack. Not to mention those countries in which the cigarette pack costs few times more than in Ukraine, while the price for the same volume of liquid remains almost unchanged.

The report also included the highlights of the global legislative practice concerning the regulation of vaping products sales. For example, in Europe it is classified as tobacco. In this regard they go for the relevant advertising limitations. The volume of a single cartridge is required to be not more than 2 ml. The liquid container for sale should not exceed the 10 ml volume and the inscription on the label should be not less than 30% of the total size. Also the maximum nicotine content in liquid is limited by 20 mg/ml.

Another quite a noteworthy detail is the analysis of the growth of the European vape products market. The volume of the Ukrainian market in 2015 is about 21 million euro. As an example: the volume of the Polish market (closest to Ukrainian) is 202 million euro, and that’s despite of the strict legislative limitations. Germany and Great Britain in their turn have much higher numbers that reach up to 311 and 916 million euro. All European markets show different growth rates.

Having a constant sales volume of such devices as eGo, it is expected to push up sales of the professional devices for 25% in Eastern Europe and make it two times higher in Western Europe. In the mean time, online sales prevailed in 2015 (up to 49% and 44%). Specialized vape shops were the second largest sales channel in Eastern Europe (up to 35%), while in Western Europe the traditional food retailers are in the lead (about 23%).

Another noteworthy thing is the analysis of the vape industry trends.

In the cig-alike devices segment:

In the segment of tank devices:

In the segment of liquids for the electronic inhalers:

Within three years we will find out whether the number of vapers will reach the promised 10% or it will exceed our expectations. Time will tell. But what we know for sure is that the VAPEXPO exhibitions give you a unique opportunity to be in the movement of all current vape trends and get the latest information right from the leaders of the industry.