What are the components of e-cig? 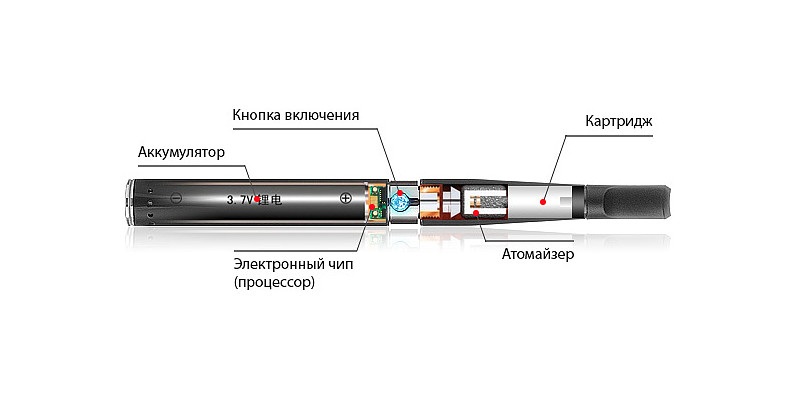 Before buying a new vaping gadget or completely shifting from regular cigarettes to electronic ones, each user should study the structure of electronic vaping devices.

LED light is an indicator, which switches on during vaping.

Atomizer (or vaporizer) is a part of e-cig, the base of which includes heating coils. It vaporizes e-liquid, turning it into tasty vapor.

When vaper takes a puff, battery of an electronic cigarette starts its operation using built-in microchip. In order to run a manual mode battery, user should press a special button.

Microchip prevents overcharging and turns of a battery if e-liquid level is insufficient.

Cartridge is a reservoir for vaping liquid.

Cartridges are divided into 4 types:

Drip tip is a part of gadget, used for vapor inhaling.

Fire button switches on and off the device and supplies vapor.