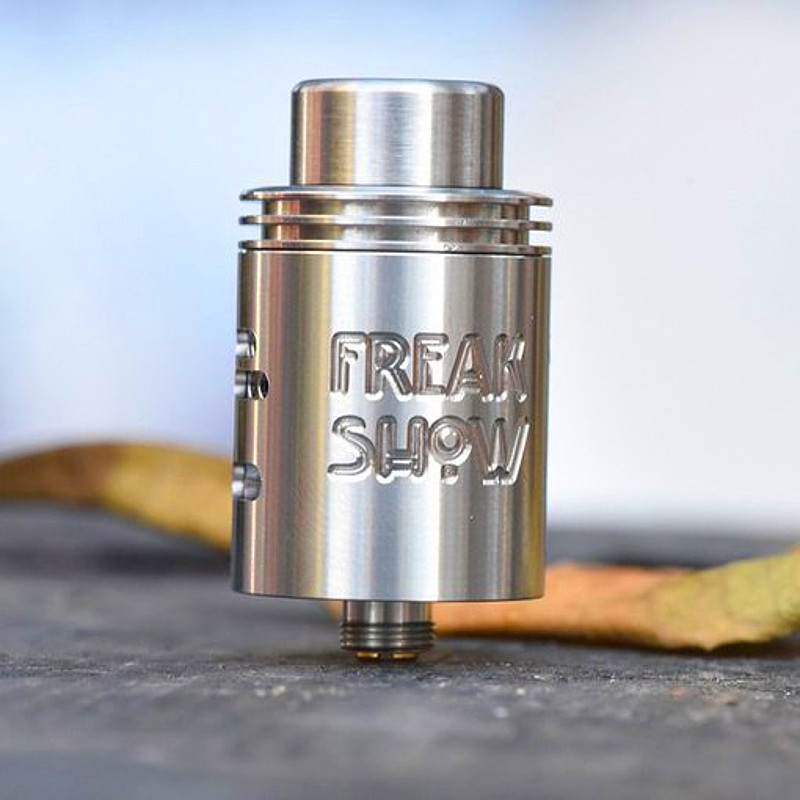 Recently, Wotofo has released several interesting devices at once. New devices appeared, and time-proved ones were updated. Wotofo keeps delighting its fans and today we review Freakshow RDA V2.

Before telling about this RDA, let’s remember its first version. At that moment, Freakshow managed to obtain hearts of many vapers due to its high power operation features. But it went out of date and the manufacturer decided to update the device. This atomizer is primarily designed for vapor generating.

It includes Velocity posts with sizable holes for big coils. The top cap is easily removed and provides an access to the coil. The airflow is not bad at all. Two wide holes below and side holes like Kennedy ones. The airflow can be adjusted by turning the upper RDA part.

The manufacturer was not greedy and, besides a chuff cap, added 510 connector adaptor along with stainless steel drip tip to the kit.

Freakshow RDA V2 is definitely the best choice for cloud chasers. But even if you are a regular vaper, this RDA should be in your collection at least in order to produce a huge amount of dense and tasty vapor clouds.