Head of Development at YOVAPE: ‘Ice creams, cakes, cookies – everyone will find a taste to meet their preference’ 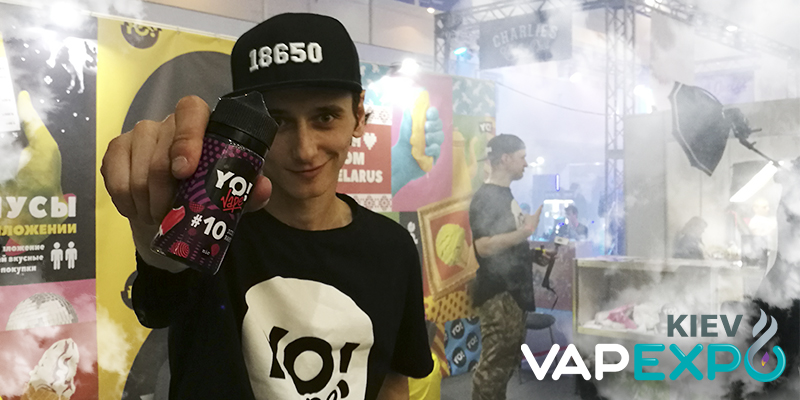 VAPEXPO Moscow 2016 was the first venue where the company presented the line of tastes. Half a year later, YoVape pleased its clients with a mobile app then in three months, brought a vape station to VAPEXPO Kiev 2017.

You should have recognized who we are talking about. It’s YoVape that leaves nobody cold. The editors of VAPEXPO were not an exception: we headed to the stand in order to talk to company representatives and held an interview with Head of Development Ilya Masyukovich.

V. K.: Ilya, hello! Tell us something about the company: how did you found it and what is the clue to its success?

I. M.: Hello! Esiga Group has been a market participant since 2011, our team comes from the Republic of Belarus. In 2016, along with enthusiasts from Saint Petersburg, we founded a subsidiary YoVape and developed 12 tastes. In May, the taste #6 appeared on the third place in the nomination Best e-liquid at the international contest where 59 participants from 28 countries took part.

A wide assortment of tastes is offered in our line: ice creams, cakes, cookies, donuts, lemonades, cold e-liquids so that everyone will find a taste to meet their preference.

E-liquids are not a limit of the company. It’s a marketing project: we design merch and offer cool clothes. 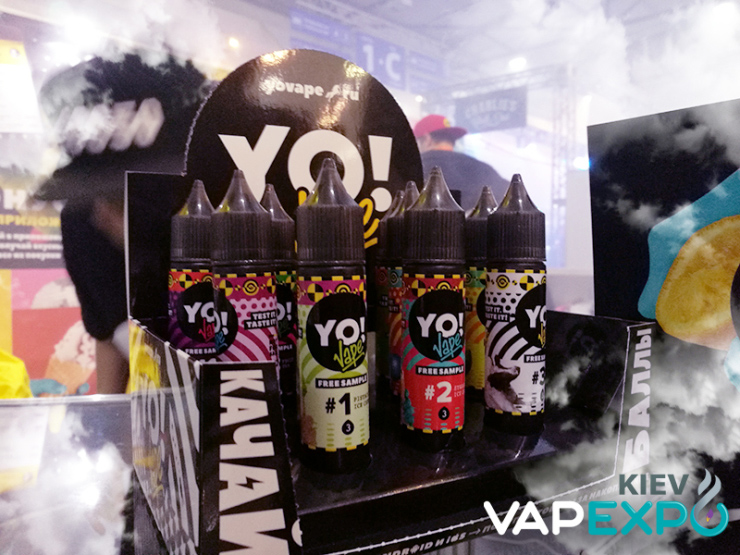 V. K.: Who awarded you with a prize for the e-liquid?

I. M.: The experts. 12 people with their eyes closed tested 59 e-liquids, and our product won the third place. The contest was held as part of VAPESHOW Europe 2017.

V. K.: What flavor did the experts note?

I. M.: Blackberry JAM – blackberry and blueberry: sweet, berry, rich. The bottle has a mark reminding of the victory at VAPESHOW Europe 2017.

V. K.: What e-liquid is the most popular among buyers?

I. M.: Frankly speaking, it is hard to single out the leader. All tastes are sold like hotcakes.

V. K.: Did you present something new at the exhibition?

I. M.: We brought vape stations. Currently, this is a very interesting product on the vaping market. In my opinion, such a thing should be in the collection of every manufacturer. The station has 12 tastes and 12 channels. You don’t have own device? Catch a chance to enjoy our delicious e-liquids.

V. K.: Do such events take place in your country?

V. K.: That is the main difference?

I. M.: The scale. I attended two such exhibitions in Minsk. They are slightly smaller compared to those in Moscow and Saint Petersburg. The event in the capital of Russia is five times larger.

V. K.: Thank you for the interview, see you at the next VAPEXPO!

P. S. The interview with Ilya was held on September 30. At this moment, the team is gearing up for the global VAPEXPO Moscow, the final event of the 2017 vape season. The company will be a gold sponsor and is preparing a lot of surprises:

Watch a video invitation from YoVape and buy a ticket since you ARE COMING TO VAPEXPO.