Jeff Connell: “Vaping is not just income source, but my lifesaver” 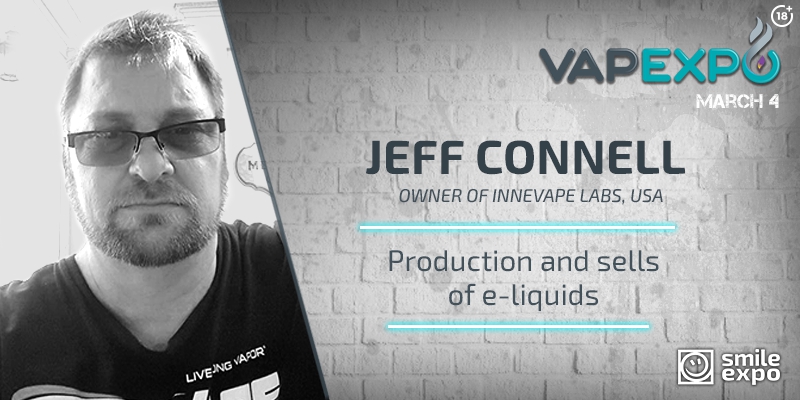 On March 4-5, as part of VAPEXPO Kiev 2017 there will be a conference, dedicated to the vape industry. One of the speakers is Jeff Connell – founder of the American company Innevape Labs, which specializes on the production of new vaping tastes.

Innevape Labs, USA was established in 2012 by Jeff Connell and Tom Klingensmith. They proceeded from the premise that in the near future vaping will become the replacement for combustible tobacco, and the only way to build a successful brand was to follow the mold of successful products in other markets.

It was this business model that established the company as one of the premier e-liquid manufacturers not only in the US, but also throughout the world. The most popular Innevape Labs tastes among vapers are Heisenberg and Heisenberg Menthol. They can be deservedly named the honor of the brand.

Within his presentation, speaker will tell about the creation of the tastiest e-liquids, peculiarities of their production and realization.

In order to attend the exhibition and conference visit the registration page!