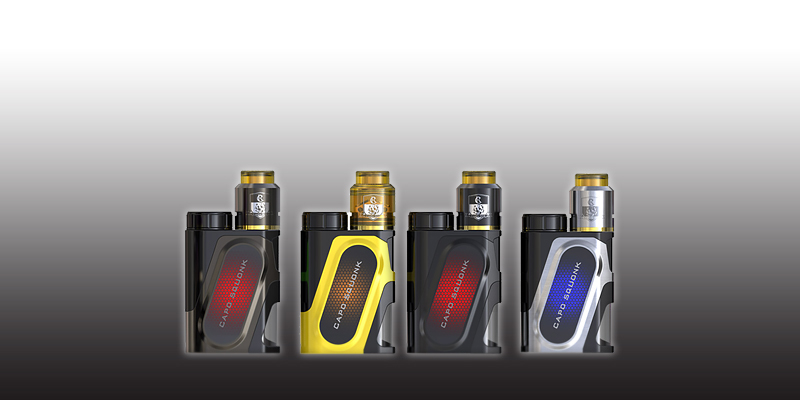 IJOY holds the top spot on the vape market in different segments over the past few years. Its most promising field of work is the development of mid-range box mods. After the successful release of Capo mod, rumors began to ooze on the Internet month later about squonk format of this device. But there were no official information at that time.

Nevertheless, the company has already unveiled new Bottom Feeder Capo Squonker. So how did manufacturer decide to surprise you? Design of the box remained the same as its standard version, but the colors changed. Rainbow, green, black, red, yellow and steel colors are now available. Each has a metallic tinge to its tone. It’s very bright.

This Squonk has slightly different board if compare with the first model. It is compatible with 21700/20700/18650 battery. The peculiarity of this device is that it is quite possible produce a lot of vapor using it. At least developers assure. E-liquid bottle of own design is a cherry on the cake.